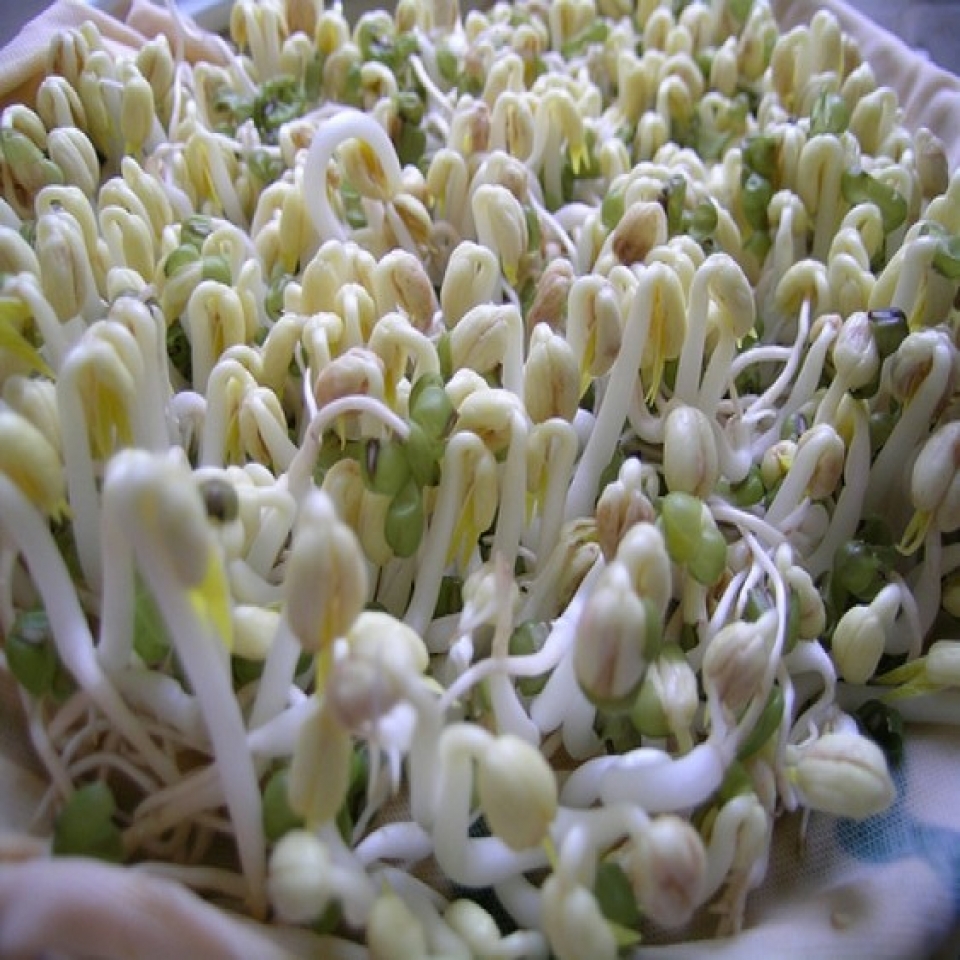 Bean sprouts are a common ingredient across the world. They can be grown by placing and watering the sprouted beans in the shade until the roots grow long. Mung bean sprouts are extensively cultivated and consumed in East Asia. Sprouting is the natural process by which seeds or spores germinate put out shoots, and already established plants produce new leaves. It can be eaten raw or cooked, which is considered highly nutritious. It typically takes one week for them to become fully grown. The sprouted beans are more nutritious than the original beans, and they require much less cooking time.