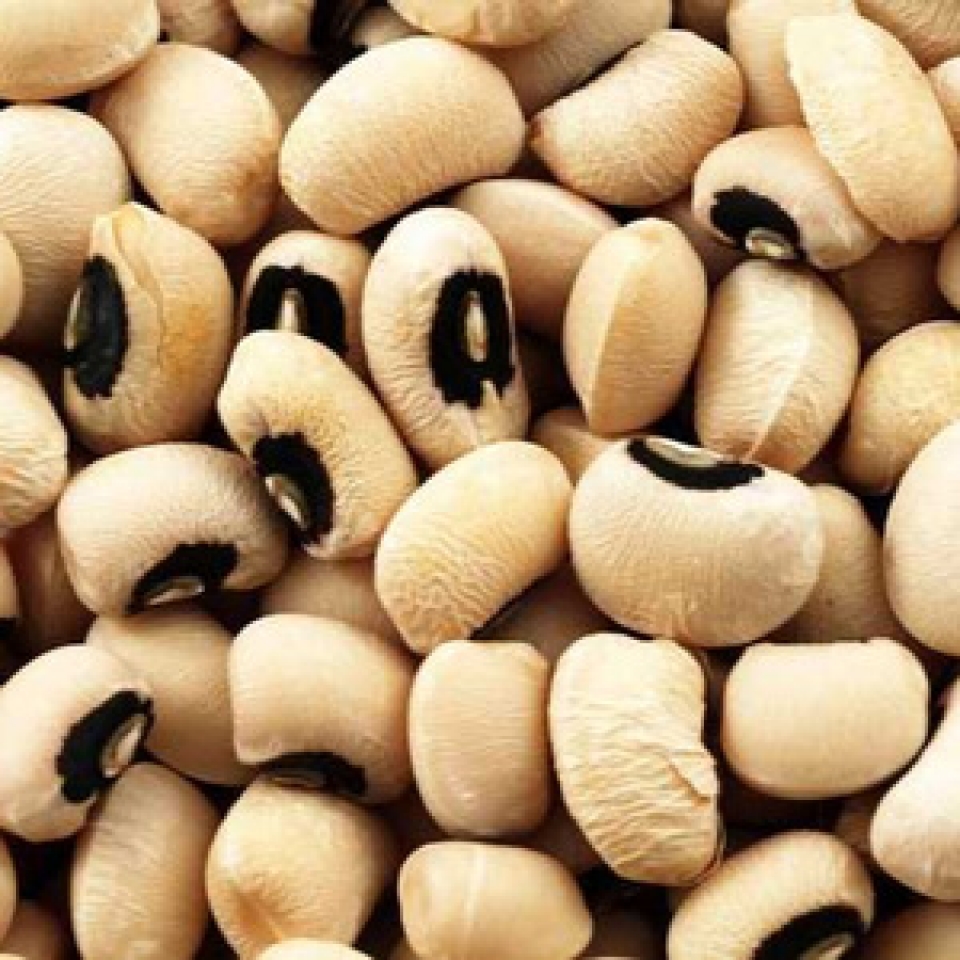 The common commercial variety is called the California Blackeye; it is pale-colored with a prominent black spot. The American South has countless varieties, many of them heirloom, that vary in size from the small lady peas to very large ones. The color of the eye may be black, brown, red, pink, or green. All the peas are green when freshly shelled and brown or buff when dried. A popular variation of the black-eyed pea is the purple hull pea; it is usually green with a prominent purple or pink spot. The currently accepted botanical name for the black-eyed pea is Vigna unguiculata subsp. unguiculata, although previously it was classified in the genus Phaseolus. Vigna unguiculata subsp. dekindtiana is the wild relative and Vigna unguiculata subsp. sesquipedalis is the related asparagus bean. Other beans of somewhat similar appearance, such as the frijol ojo de cabra (goat's-eye bean) of northern Mexico, are sometimes incorrectly called black-eyed peas, and vice versa.